LUMAS uses cookies to improve your experience on our website. If you continue, we assume that you consent to receive all cookies on all LUMAS websites. Read More
More works by Pep Ventosa
Reconstructed Works
In The Round. Trees
The Collective Snapshot
Street rhythms
Lenticular
Exteriors
Minis

Selection - In the Round. Trees 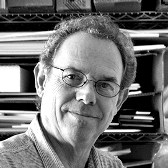 A magical game of depth and perspective&nbsp;For his unique photographic technique, Pep Ventosa has already won several international awards. In a single image, the Spanish photographer achieves an extraordinary fusion of optical depth and spectacular perspective. His selected works show the silhouette of a tree, captivating with its… Read more

Introduction
A magical game of depth and perspective

For his unique photographic technique, Pep Ventosa has already won several international awards. In a single image, the Spanish photographer achieves an extraordinary fusion of optical depth and spectacular perspective. His selected works show the silhouette of a tree, captivating with its shimmering colours which resemble gentle brush strokes. Like the treetops, the background also seems fainter, the air swollen with mysterious movement.

Pep Ventosa surrounds the tree with his camera and creates, through the overlaying of countless individual images, a completely new and unfamiliar view. The way we observe is expanded and grows into a fantastic multi-layered space of memory and fantasy. The result is a dense narrative with a powerful aesthetic that follows the cyclical change of seasons with a distinctive repertoire of forms and colours.

Tree silhouettes as a fantastic spectacle of nature

The motif of the tree is a symbol of nature as a whole. Particularly because of their mythical age, trees are valued as great and awe-inspiring plants throughout the world’s cultures. Trees are also considered a symbol of life.  Pep Ventosa transforms the picturesque silhouettes into a stunning spectacle.  He characterizes them so expressively that they seem almost as complex as other living beings we encounter. His series ‘In the Round – Trees’, acts as an atmospheric discussion of iconic quality.

Pep Ventosa's project "The Collective Snapshot" puts together hundreds of photographs into a picture sandwich immensely increasing the appetite for what we often see: landmarks like the Golden Gate Bridge vibrate full of energy; the Brandenburg Gate performs a tap dance; the Eiffel Tower pirouettes; and the Coliseum beats time in the historical Roman earth. Decoding the images is a delightful game; one's own memories become another level of Ventosa's meta-snapshots.

Driven by his creative élan, Pep Ventosa lures us to further famous landmarks around the world. Snapshots taken from tourists’ favored vantage points make up the foundation of his works. He creates images that exude familiarity but whose evanescence constitutes a new visual experience that has at its core the collective world of images.

The artist himself says: "What grows is an unique new narrative space that never actually happened, where the whole has traveled mysteriously further than what the camera documented. Part memory, part imagination. Not unlike the way we see."

The Spaniard, who moved from Barcelona to the San Francisco Bay Area, is a specialist in dismantling and joining together. He imitates and clarifies in a thorough, individual method of the process of seeing. Curators of the New York Guggenheim Museum and other institutions of similar rank have praised his well-traveled (but anything other than touristic) sight, leading to the inclusion of his work in a number of prestigious collections, along the west coast of the United States in particular.

A lifelong passion for photography began with his first camera at the age of 10.  He went on to attend the Escola d’Arts i Oficis Artístics de l’Alt Penedès in Vilafranca to learn the mechanics of the darkroom. While the intervening years were spent pursuing musical aspirations – becoming an accomplished drummer with several recorded albums – the digital revolution in photography brought Ventosa strongly back to the visual medium. He taught himself the possibilities of the new digital darkroom, focusing on an exploration of the photographic image and the new forms it can take, and quickly made a name as an artist adept at deconstructing and reconstructing images into a new visual experience. His creative work processes are now used as a teaching guide for photography students.
Awards
Publications
La Repubblica, Italy, 2014