LUMAS uses cookies to improve your experience on our website. If you continue, we assume that you consent to receive all cookies on all LUMAS websites. Read More
More works by Daniel Reiter
Herkules
Bergwellen
Am Wasser
Wellen Symphonie
Minis 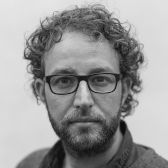 In his atmospheric works, Daniel Reiter reveals the absolute beauty of cloudy mountain peaks and rolling ocean waves. Each photograph has a sensual approach and calls forth a feeling of immense freedom. We are presented with the many wondrous moods of nature. Am Wasser In his series Am Wasser (At the Water's Edge), Daniel Reiter focuses… Read more

Introduction
In his atmospheric works, Daniel Reiter reveals the absolute beauty of cloudy mountain peaks and rolling ocean waves. Each photograph has a sensual approach and calls forth a feeling of immense freedom. We are presented with the many wondrous moods of nature.


In his series Am Wasser (At the Water's Edge), Daniel Reiter focuses on a familiar subject but takes a new approach by exploring new methods of staging. The renowned photographer, who has repeatedly captured the timeless elegance of the ocean, creates ambient works depicting his homeland in the foothills of the Alps. Among other subjects, he presents Lake Chiemsee in finely graded compositions full of blue tones that add a tranquil and meditative quality to the scene. He assists the Bavarian Sea, as Chiemsee is also known, in showing its full size and allure.
The artist blends sky, lake, and mountains into a harmonious visual experience. The stillness of the compositions is broken, yet complemented, by elements such as a sailboat, which invites the viewer to imagine a journey through this beautiful place. In doing so, Reiter broadens his approach to perspective, which was previously characterized by allegorical, abstract representations.

Named after a winter storm that produced huge waves off the Moroccan coast, the Herkules series combines the contemplative tranquility and thunderous energy of the Atlantic. In these timeless seascapes, the natural power of the elements is laid bare; distant traces of civilization let us observe the photographs in an almost meditative state. The power of the ocean washes over us with the breaking waves.

These intoxicating images of the sea were shot along the shore of Tamraght, a coastal town in Morocco that has become a surfer’s paradise – a familiar theme in Reiter’s work. Whether it is as a physical challenge or a source of calm and place to reflect on the fundamentals of life, the open ocean has always had a magical effect on people. Reiter captures this fascination in remarkable, minimalistic photographs. We become caught up in the blue water and the peaceful sky on the horizon. Here, the sea symbolizes both freedom and eternity.

For his Bergwellen (literally “Mountain Waves” in English) series, Daniel Reiter flew in a single-engine Cessna over the Harz Mountains in Germany. There, he succeeded in capturing a similar atmosphere to the one in his contemplative ocean pictures. Reiter transfers this mood into the mountain landscape, likening the rolling scenery to gentle waves that rise into the kingdom of the clouds. Like the Herkules series, the color blue is on display in all its many nuances. From pastels to sky blue, the color’s full power is revealed. The line between earth and the sky is no longer clearly defined and blurs into the scenery. Among the many layers of blue, we can get lost in a dream.

“When you board an airplane in the morning, roll onto the runway, and then slowly climb higher and higher, it is an unbelievable feeling of freedom,” Daniel Reiter says. It is no wonder aerial photography is one of his greatest passions. Looking at these painterly works, you can feel the same fascination as the photographer at the moment of creation. In the artist’s own words: “We look out into the distance and let our thoughts roam free.”
Bio
Interview
Picasso once said, "You don't make art, you find it." Where do you find your art?


From concept to creation: How do you approach your work?

In the beginning, there is usually an idea that slowly develops as a result of seeing, contemplating, observing and experiencing. Once this stage is complete, the implementation process begins. Often the initial idea is changed and further improved. If I have created an image in accordance with my ideas, I finalize the work on my computer.
I spend the most time on the creation process and consolidation of ideas. With my latest project, for example, I've been in the process of creating an image based on an idea for several months. Only recently have I seen the image, which I had previously only envisioned, for the first time. Not a single photo has been taken and yet the most difficult part is done.

Hector And the Search For Happiness by Francois Lelord.


Which artist would you like to have coffee with and what would you talk about?

With Yann Arthus-Bertrand, about the fascinating views of the world from a bird’s eye view.


How did you develop an interest in art?

By making my passion my profession and spending a lot of time in nature.


Who in your life influences you the most?

Most of all my family, but also friends and companions from whom I was able to learn a lot.


If you had a time machine, where would you go?

To the United States in the sixties.


What is your greatest passion, aside from art?

I can't always separate the two. Often art is created through things I do out of passion. For example, I like to spend time with the boat on the lake or ocean. I thoroughly enjoy the peace and contentment that surrounds one in the process, which always leads to new ideas.


What are you working on at the moment?

On several projects at the same time. Among other things, it focuses on the subject of water.